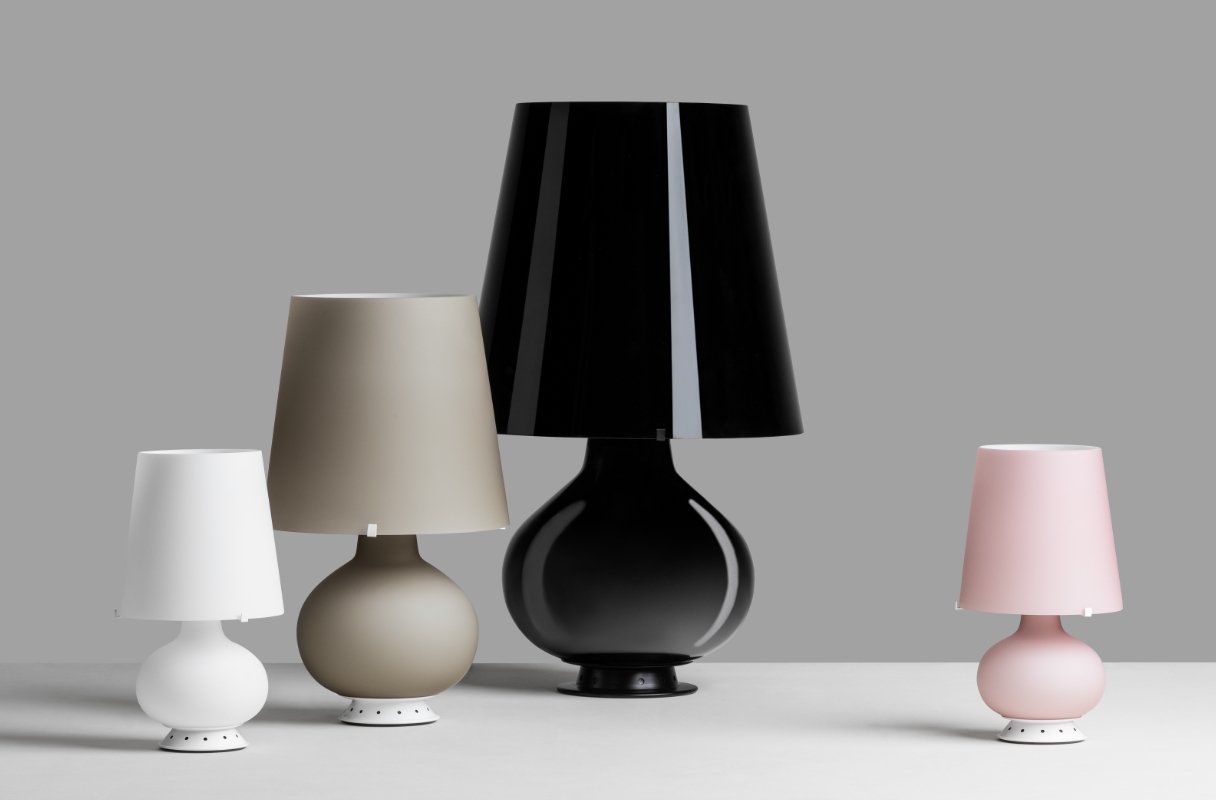 Designed in 1954 by the famous French Master glassmaker and decorator Max Ingrand, this lamp was originally named 1853 and, at a later time, Fontana, in homage to the company of which the Master was Artistic Director for a decade. For design enthusiasts and connoisseurs of the brand’s history, 1853 still remains as a sort of nickname.The first symbol of timeless object of design, still today best seller and evergreen design icon, Fontana is the abat-jour par excellence. A fabulous lamp in frosted white blown glass, already riedited in a total black variant, it is now proposed in a colored and brand
new version – light grey and purple amethyst – to reinforce the contemporaneity of the project. 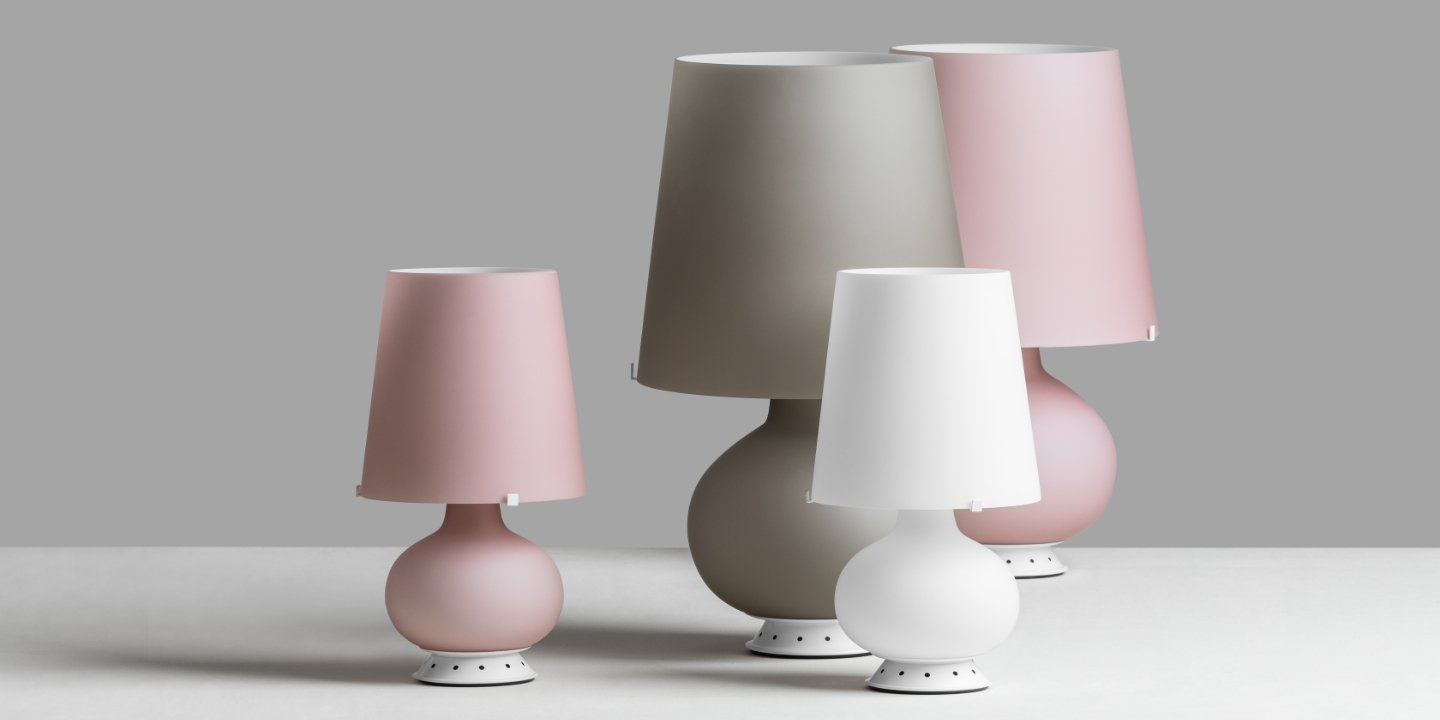 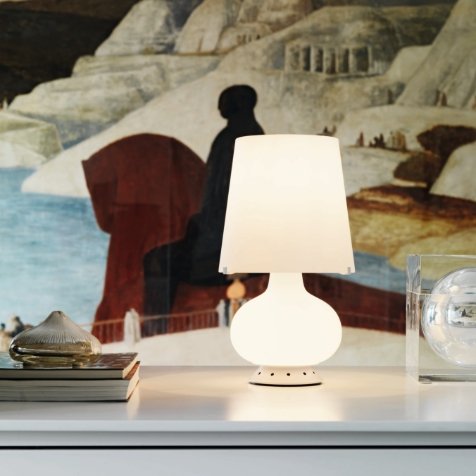 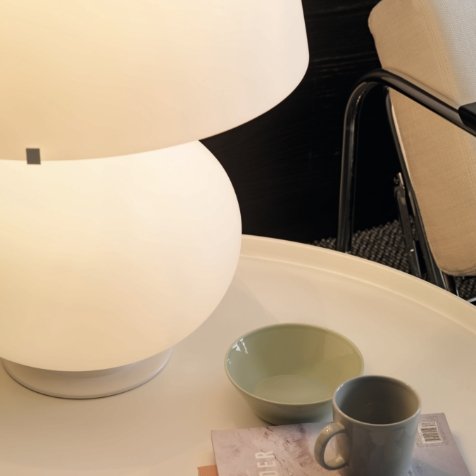 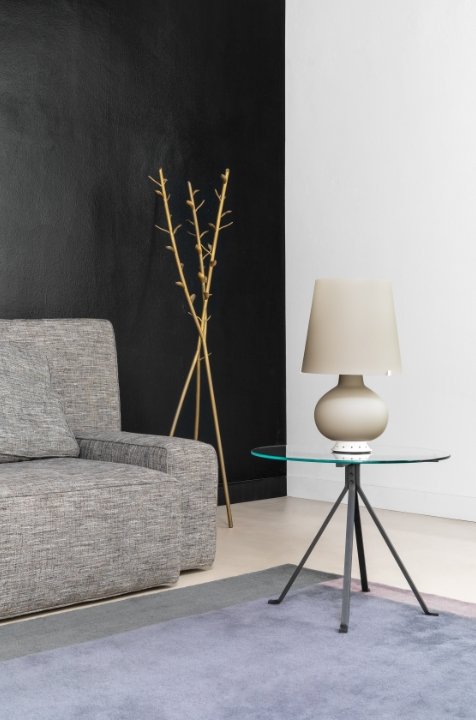 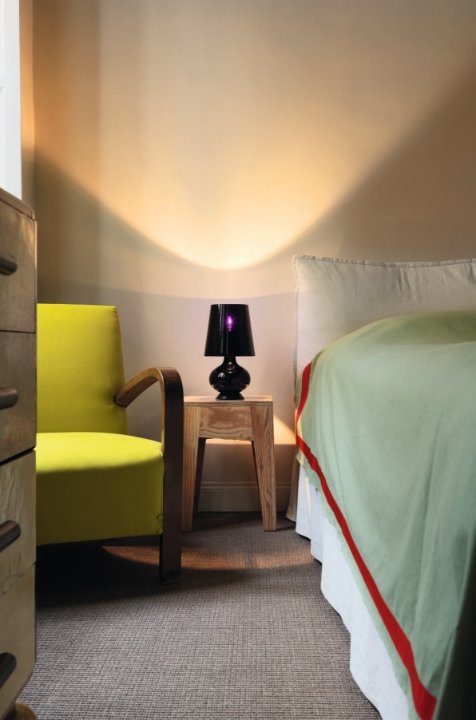 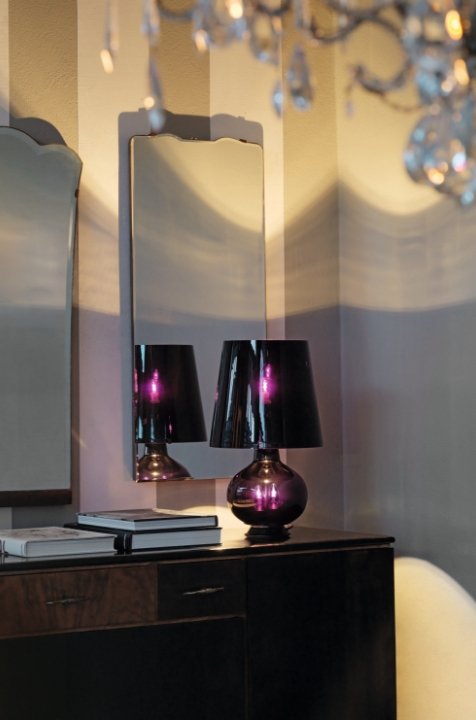 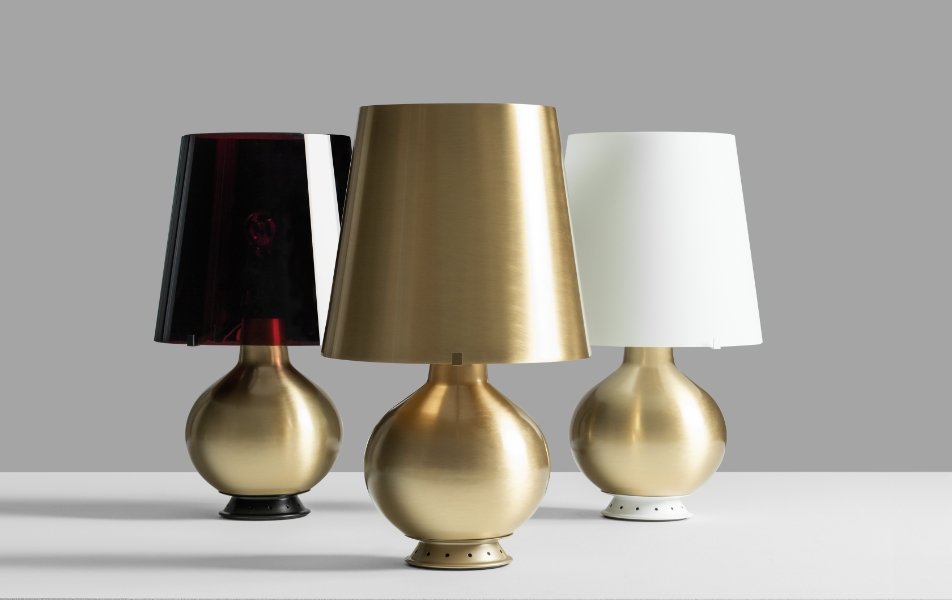 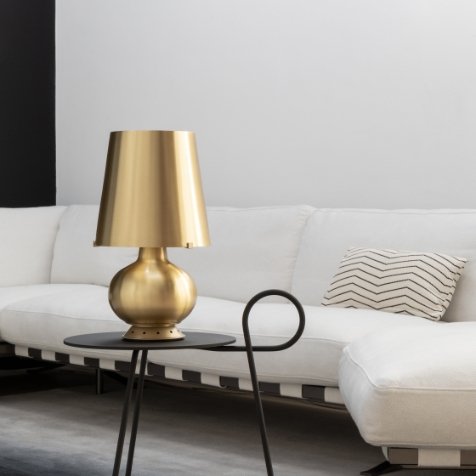 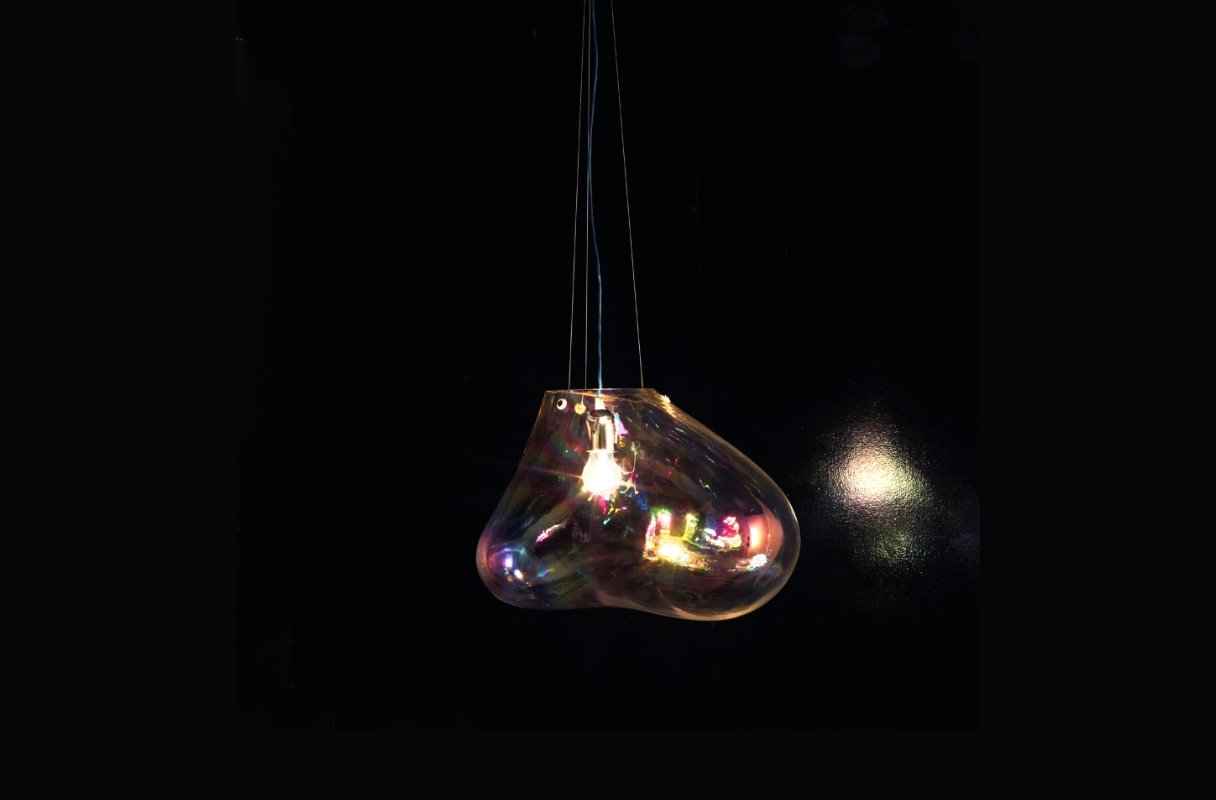 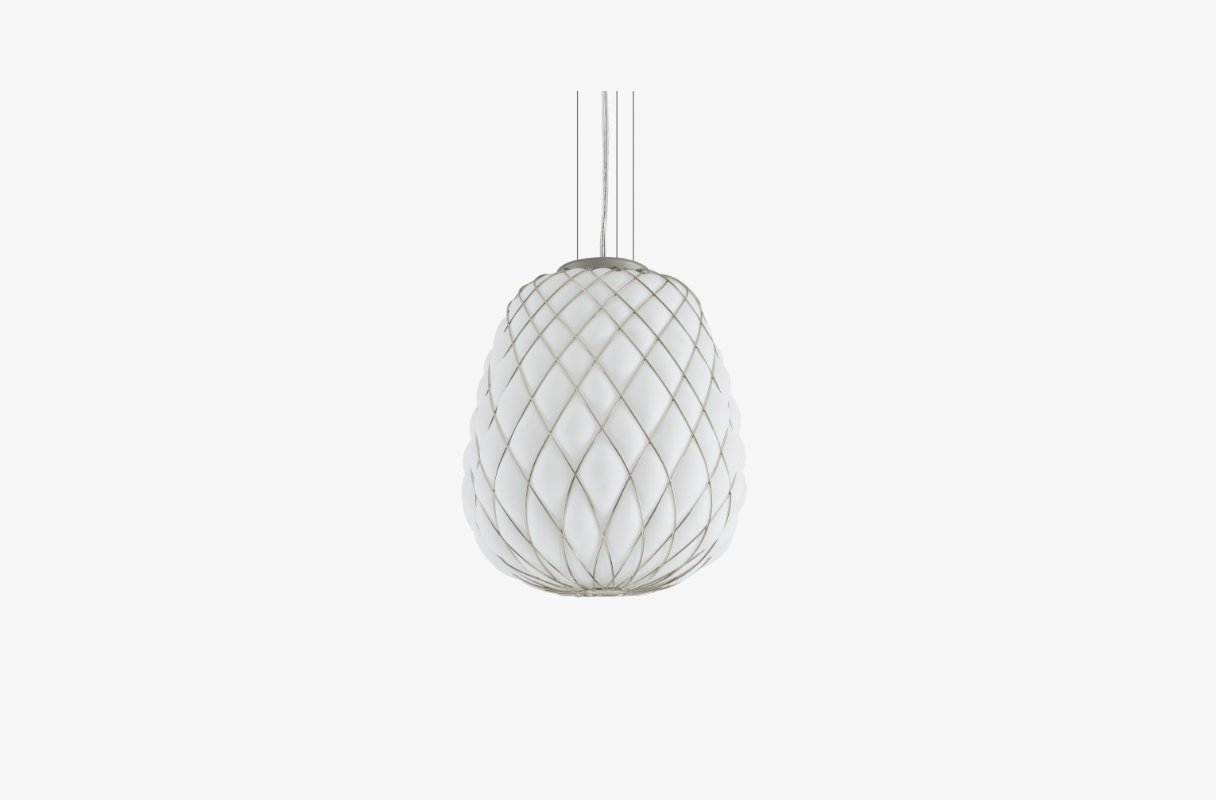 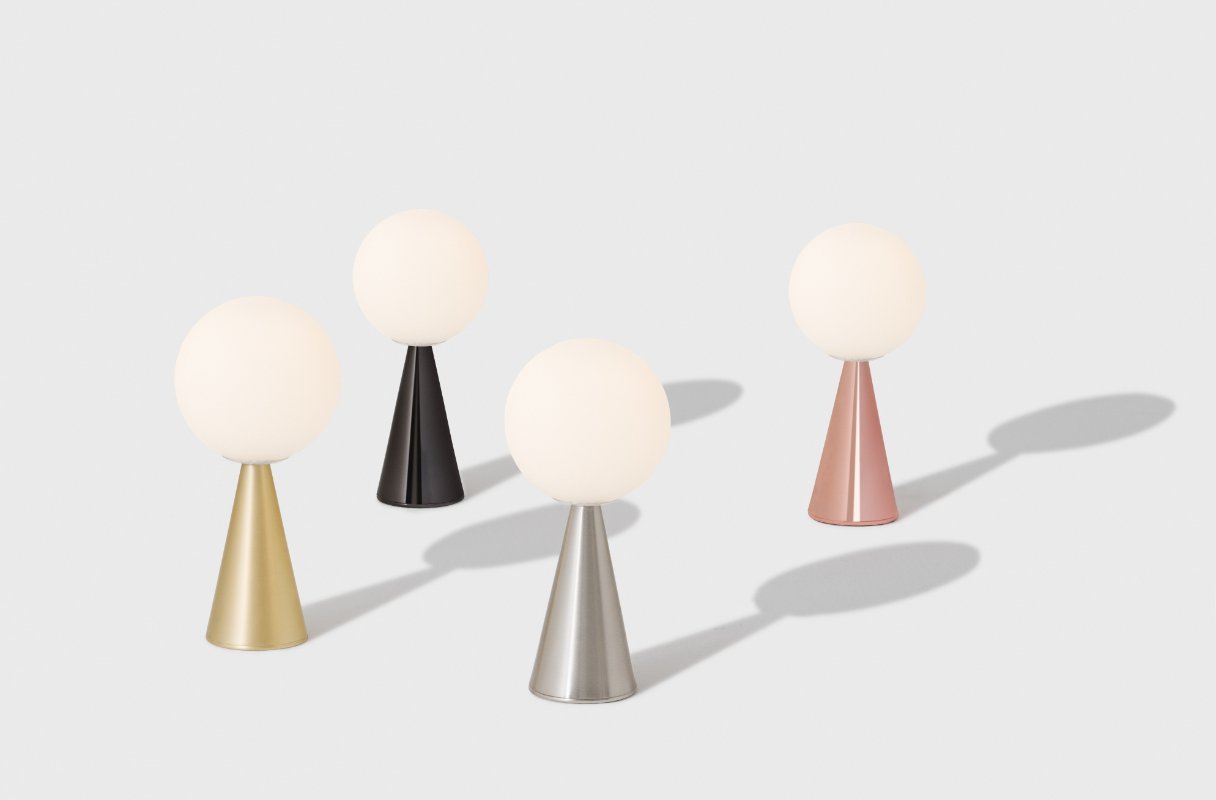